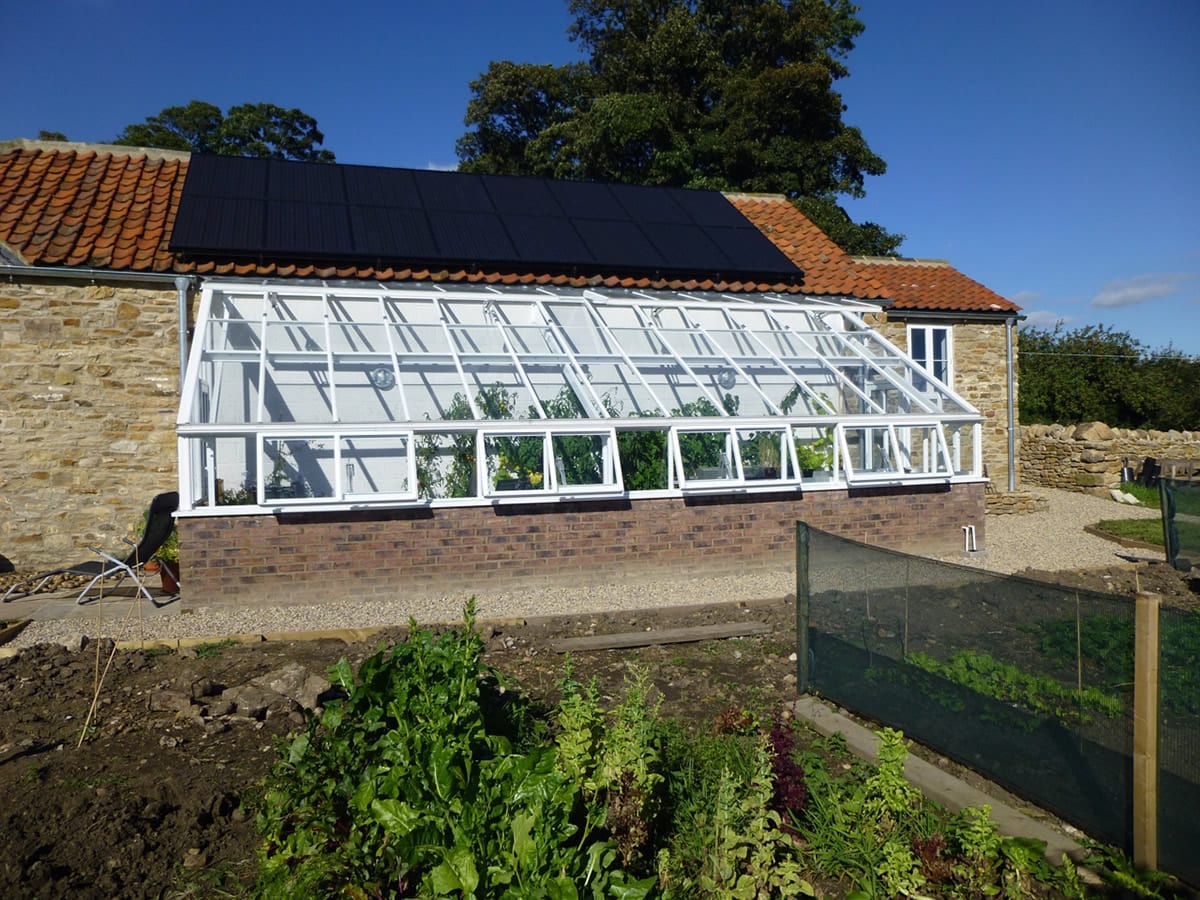 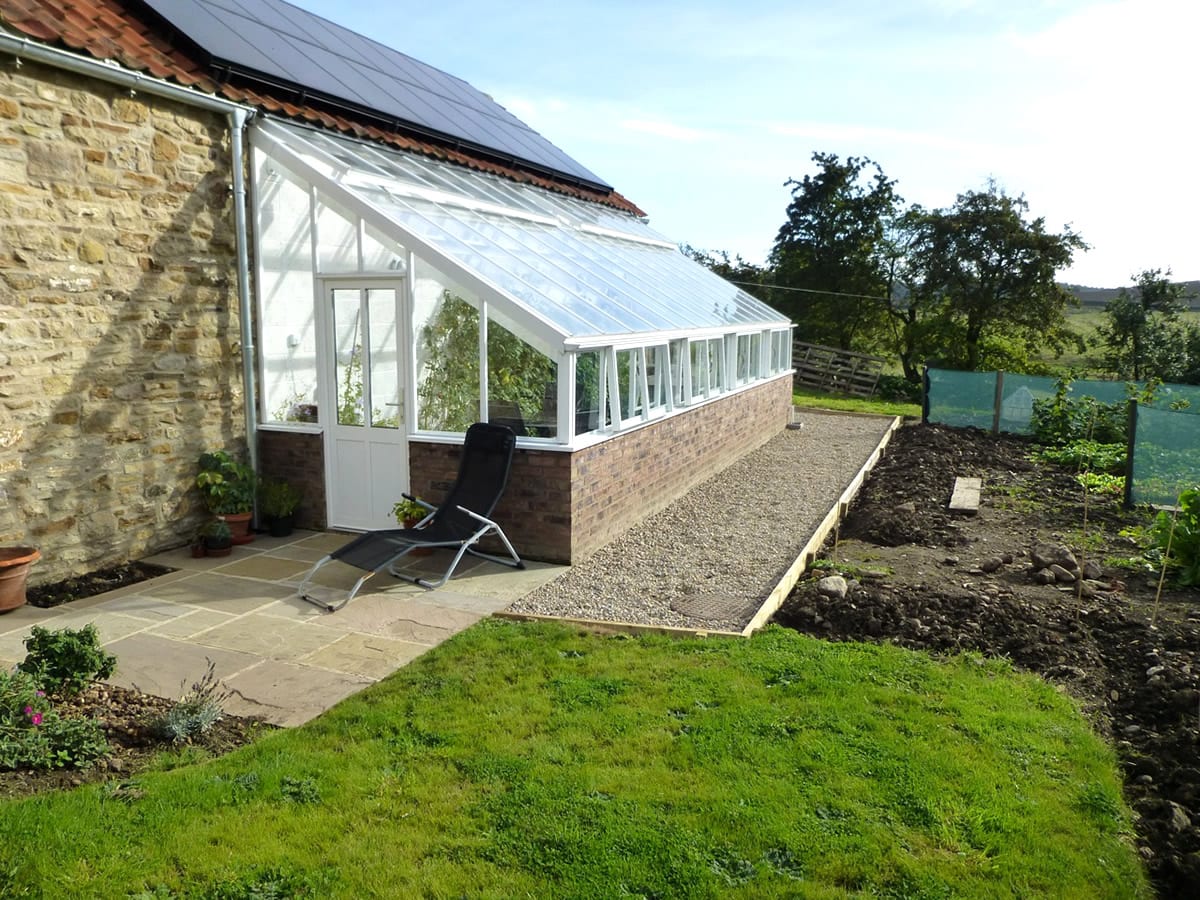 Their structures are well designed with light glazing bars so they look as close to the traditional timber lean to greenhouses as possible… The price we think also represents good value.

Bank Farm House in Oulston, North Yorkshire and its barns were semi derelict and had not been lived in for nine years when it was purchased in July 2010 by Mr and Mrs Christopher Stratton.

The couple took on the ambitious restoration project which has taken three years to complete and now features a beautiful Griffin Glasshouses greenhouse.

“The place was like a bomb site when we bought it,” says Christopher. “We had the greenhouse installed in November 2012 which has given the site real character and charm with its Victorian features. It is used for plant and vegetable propagation and is linked to the new vegetable garden which kept us well supplied in the first year.”

A ground source heat pump and photovoltaic panels have also been installed above the greenhouse at Bank Farm House to produce low cost, green electricity which also helps power the heat pump.

“It’s all as sustainable as can be with loads of insulation in the house and converted barns,” adds Christopher.

Another Griffin greenhouse was a very easy choice 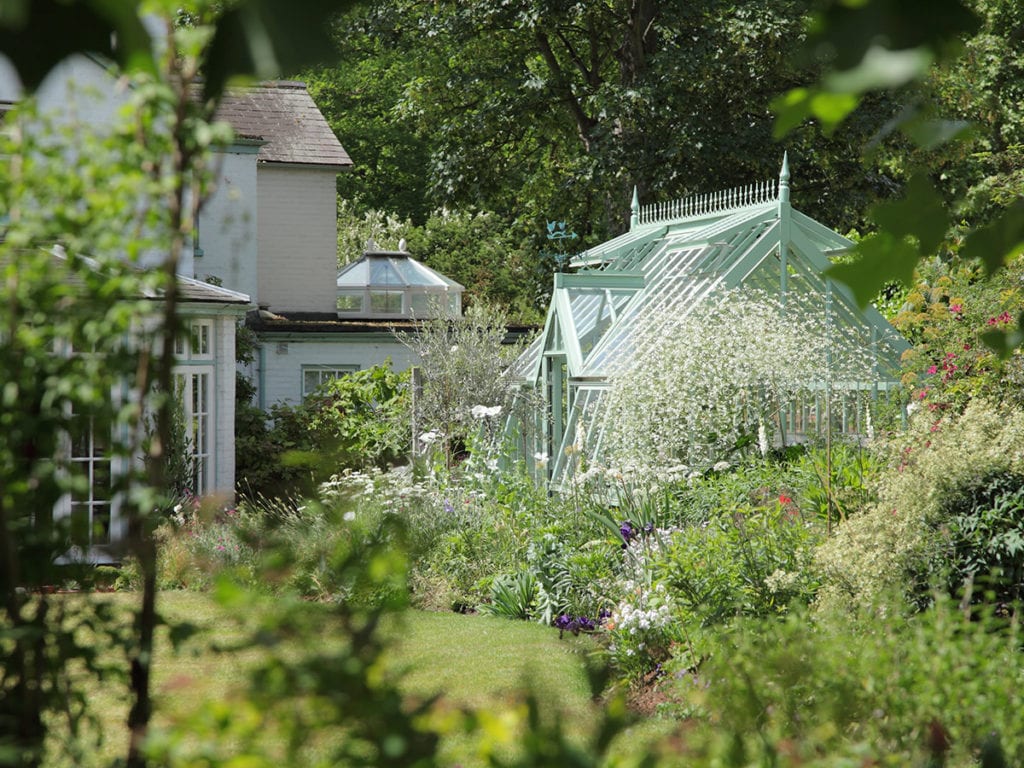 We spent 10 years trying to decide which company to build our new greenhouse! …this company put themselves out to accommodate our needs without compromising the end result.

The Kentish Alps in a greenhouse

I am absolutely thrilled with it.  It was a very specific design and Griffin Glasshouses exceeded all the expectations.

Greenhouse helps transform garden into a place of retreat 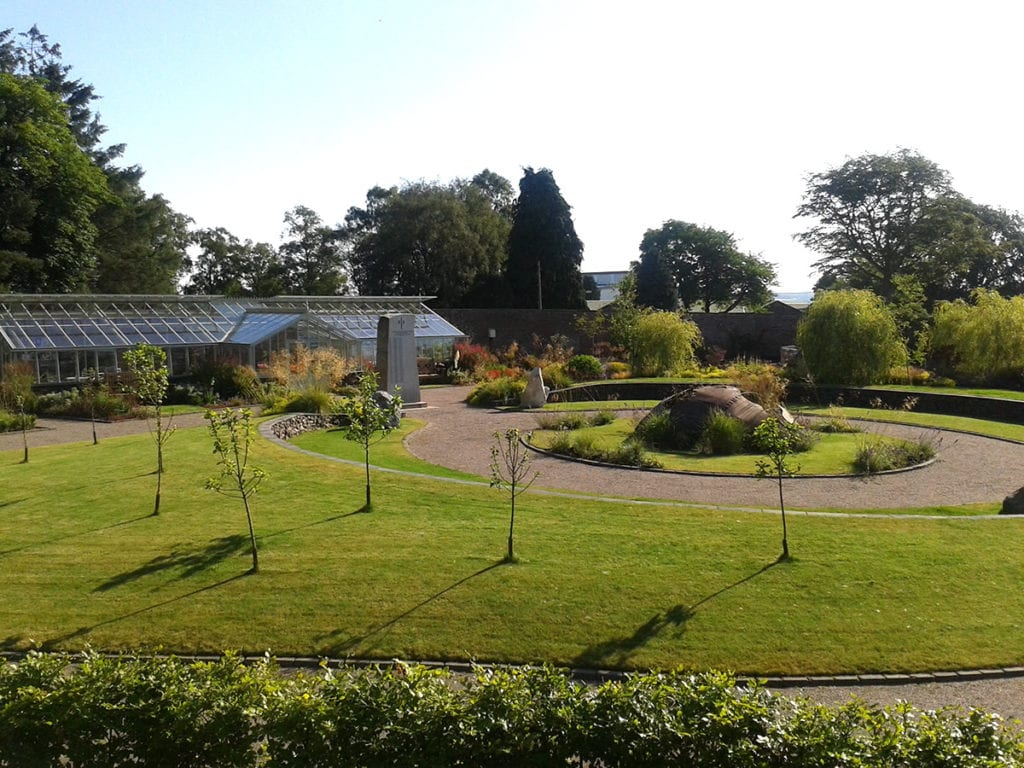 May I thank you from the entire Commando for your help and expertise in delivering what has to be the best greenhouse I have ever laid eyes on.